1998 Sugar Ray was a phenomenal year for the band. They released their self-titled album which featured the hit singles “Fly” and “Every Morning.” The album was certified 2x platinum in the US and Canada, and went on to sell over 4 million copies worldwide. The band toured relentlessly in support of the album, playing sold out shows across the globe. 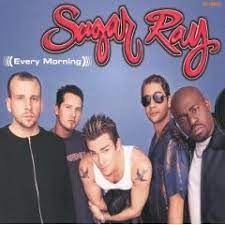 Here are 10 things you may not know about Sugar Ray’s 1998 breakout year:

1. The album was recorded in just two weeks.

1998 Sugar Ray was recorded in a lightning-fast two weeks. The band went into the studio with producer David Kahne and cranked out the album in record time.

The lead single from 1998 Sugar Ray, “Fly,” was written in just 10 minutes by frontman Mark McGrath and guitarist Rodney Sheppard. The song would go on to become one of the most iconic songs of the ’90s.

3. The album cover was shot in Los Angeles.

The album cover for 1998 Sugar Ray was shot in Los Angeles, CA, USA. Photographer Dean Karr captured the now-iconic image of the band against a backdrop of palm trees and pastel skies.

4. “Every Morning” was originally written for another artist.

“Every Morning,” the second single from 1998 Sugar Ray, was originally written for country music star Billy Currington. The song was rejected by Currington’s label and ended up being recorded by Sugar Ray.

5. The album went double platinum in the US and Canada.

1998 Sugar Ray was a massive commercial success, going double platinum in the US and Canada. The album would go on to sell over 4 million copies worldwide.

In support of 1998 Sugar Ray, the band toured with fellow pop-punkers Blink-182 and grunge legends Bush. The tour was a huge success, selling out arenas across the country.

7. “Fly” was nominated for a Grammy Award.

“Fly” was nominated for a Grammy Award for Best Pop Performance by a Duo or Group with Vocal in 1999. The song lost to Celine Dion’s “My Heart Will Go On.”

Sugar Ray made a cameo appearance on an episode of the teen drama Beverly Hills, 90210 in 1998. The band performed their song “Every Morning” at a party thrown by character Steve Sanders.

9. McGrath appeared on an episode of Sabrina, the Teenage Witch.

In 1998, Mark McGrath made a guest appearance on an episode of the sitcom Sabrina, the Teenage Witch. McGrath played himself in the episode, which aired on Halloween.

In 1998, Sugar Ray was named MTV’s “Band of the Year.” The honor was bestowed upon the band in recognition of their massive success that year.